You may find information for keynote talks in RFID-TA 2018 within this page.
The following links are for quick access: 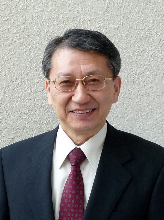 Various RFID systems have been used to track, for example, patients, doctors, expensive equipment, critical instruments and medication containers in hospitals even in real time.  RFID technology can also provide such tracking data to relevant networks and systems throughout the hospital or even among different hospitals.

A tag antenna plays an important role in RFID systems.  For the case of surgical instrument management systems, a tag antenna is attached on a metallic surgical tool.  This usually causes significant performance degradation of the antenna.  In this presentation, as an example of RFID systems in hospitals, a proposed tag antenna is introduced for managing surgical instruments.  Changes of input impedance of the tag antenna and electric-field distributions around metallic surgical tools are calculated with different positions of the antenna.  Then, maximum communication ranges are measured and compared with different positions of the antenna.

His main research interests include compact antennas for mobile communications, microwave antennas for medical applications such as cancer treatment, research on evaluation of the interaction between electromagnetic fields and the human body by use of phantoms, and antenna systems for body-centric wireless communications. He has authored and co-authored over 190 peer-reviewed journal papers, nearly 400 international conference papers and 20 book chapters including “Handbook of Microstrip Antennas” (IEE, 1989) and “Antennas and Propagation for Body-Centric Wireless Communications” (Artech House, 2012). He has received numerous research grants.

Dr. Ito is a Life Fellow of the IEEE, a Fellow of the Institute of Electronics, Information and Communication Engineers (IEICE), Japan, a member of the Bioelectromagnetics Society (BEMS), and the Japanese Society for Thermal Medicine (JSTM). He served as Chair of the Technical Group on Radio and Optical Transmissions, the Institute of Image Information and Television Engineers of Japan, from 1997 to 2001, Chair of the Technical Committee on Human Phantoms for Electromagnetics, IEICE, from 1998 to 2006, Chair of the Technical Committee on Antennas and Propagation, IEICE, from 2009 to 2011, Chair of the IEEE AP-S Japan Chapter from 2001 to 2002, General Chair of the 2008 IEEE International Workshop on Antenna Technology (iWAT2008), an AdCom member for the IEEE AP-S from 2007 to 2009, an Associate Editor for the IEEE Transactions on Antennas and Propagation from 2004 to 2010, a Distinguished Lecturer for the IEEE AP-S from 2007 to 2011, a member of the IEEE Life Sciences New Initiative (LSNI) Project Team from 2011 to 2013, General Chair of 2012 International Symposium on Antennas and Propagation (ISAP2012), a member of the Board of Directors, BEMS, from 2010 to 2013, a Delegate to the European Association on Antennas and Propagation (EurAAP) from 2012 to 2017 and Chair of Commission K, Japan National Committee of URSI (International Union of Radio Science) from 2014 to 2017. He currently serves as a Councilor to the Asian Society of Hyperthermic Oncology (ASHO), a Vice-President of JSTM, Vice-Chair of Commission K, URSI, and as IEEE AP-S President-Elect for 2018. He will serve as IEEE AP-S President for 2019. 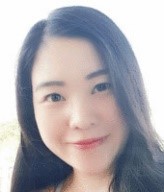 Abstract
Radio frequency identification (RFID) technology has its big breakthrough on the adoptions and its applications in the recent years. Together with five partners from the retail industry, the Japanese Ministry of Economy, Trade, and Industry (METI) is aiming to achieve new heights in retail RFID adoption. In an official announcement, METI proposes RFID tagging of all retail products by 2025 – from cheap chewing gum to expensive delicacies. By 2025, up to 100 billion products per year will have to be labelled with RFID tags. In this talk, the advance UHF RFID technology and examples of RFID applications such as UHF RFID library solution, RFID robotics for library and retail, smart construction, intelligent medicine cabinet, RFID archives will be addressed.

Dr. Pui Yi LAU is a Radio-frequency identification (RFID) and antenna expert. She received her Bachelor, Mphil and PhD from Electronic and Engineering Department, City University of Hong Kong. She is a senior IEEE member and currently serves as chairman of IEEE Council on RFID Singapore Chapter. She is the General Co-chair of IEEE SOLI 2018 and just elected to be the new board of director of AIM global (2018-2020). As the only Asia representative in the board, she guides the strategic direction, financial health, policies, procedures, vision and mission of AIM, serving nearly 400 member companies and their employees around the world.

Dr. Lau joined the RFID team in Wireless communication laboratory (currently named State Key Laboratory of Millimeter Waves) since 2005 as Engineer and then as Research fellow from City University of Hong Kong. In 2010, she joined Singapore government institution I2R, A*STAR as Scientist.  She was the technical director of Invengo Technology in 2014. And invited by the founder of Laxcen in 2017, she is now serving as Chief Technology Officer of Zhejiang Laxcen Info-Tech Inc. Ltd and as Chief Executive Officer of Laxcen Technology (Hong Kong). She leads the R & D team of Laxcen to develop the innovative RFID products such as RFID tags, antennas, reader and RFID robotic for library and retail applications, RFID sensor tags for cold-chain, smart refrigerator, intelligent medicine cabinet and RFID archives and so on. Dr. Lau was the recipient of 3 Best paper awards from International conferences, the co-author of the RFID chapter in The Industrial Electronic Handbook (2nd Edition) and published 30 papers in the top journals and international conference and 3 international patents in the related field. 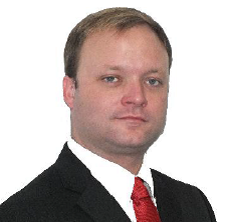 The Internet of Things – The importance of Testing Devices and Networks

“Testing of devices and efficient network planning is an important aspect for the new technologies of IoT, to ensure true interoperability and coexistence with limited interference between devices and their surroundings. Optimized power consumption and secure communication of the ‘Things’ deployed in the ‘Internet of Things’ is also extremely important.

This talk will introduce the key challenges faced for deploying of IoT and how testing plays an important part in the overall success of the future connected world.

Mr. Nick Pugh is working for Rohde & Schwarz as Market Segment Manager for Wireless Device R&D. In this role, Nick is responsible for Market Development for the R&S product portfolio for R&D Device Test, particularly for IoT and 5G.

With 18 years in the Wireless Communications Test and Measurement industry, Nick has worked alongside many of the world’s industry leading Mobile Chipset, Device Manufacturers and Test Labs for the development and testing of key wireless communication technologies.

Nick has been living in Hong Kong for the past 14 years and has a particularly strong understanding of the Asian Market, with considerable exposure to China, India, Japan and Korea.

Nick received his Bachelor of Science in Computer Science from Essex University (UK) in the year 2000. 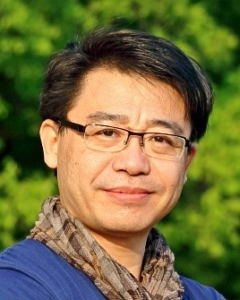 Abstract
Radio frequency identification (RFID) technology has been rapidly being developed in recent years and the applications have been widely found in service industries, distribution logistics, manufacturing companies, and product-flow systems. Antenna design for readers and tags is one of the key factors for RFID systems. The optimized tag and reader antenna design will benefit RFID systems with longer reading range, better detection accuracy, lower fabrication cost, and simple system configuration and implementation. This talk will start with a brief introduction to RFID systems which may be active, passive, or semi-active systems, and operate at LF, HF, UHF, or MW bands. Then the key considerations related to the antenna design for tags and readers will be addressed from system perspectives. After that, case studies will highlight specific challenges for antennas in the HF near-field and UHF near/far-field systems. In particular, important engineering factors such as environmental effects vs. co-design methodology, size constraints, cost constraints, and UHF near-field reader antenna coverage will be presented with corresponding practical design cases.

Professor Zhi Ning Chen received his BEng, MEng, and PhD degrees all in Electrical Engineering from the Institute of Communications Engineering (ICE), China and his second PhD degree from University of Tsukuba, Japan, respectively.

During 1988-1995, he worked at ICE and Southeast University, China as a Postdoctoral Fellow and later as an Associate Professor. Professor Chen joined the City University of Hong Kong as a Research Assistant and later a Research Fellow in 1995-1997. In 1997, he conducted his research at the University of Tsukuba, Japan supported by the Japan Society for the Promotion of Science (JSPS) Fellowship. In 2001 and 2004, he visited the University of Tsukuba under a JSPS Fellowship Program (senior level). In 2004, he worked at IBM T. J. Watson Research Center, USA as an Academic Visitor. During 1999-2012, he worked with the Institute for Infocomm Research (I2R) as Member of Technical Staff (MTS) and later Principal Scientist as well as Department Head. In 2012, he joined the Department of Electrical and Computer Engineering, National University of Singapore as a Professor and concurrently held a joint appointment in I2R as Advisor till 2015. He was appointed as Visiting/Adjunct/Guest Professor positions at Southeast University, Nanjing University, Shanghai Jiaotong University, Tsinghua University, Tongji University, University of Science and Technology, China, Dalian Maritime University, Chiba University, and City University of Hong Kong. He visited the “Laboratoire des Signaux et Systèmes”, UMR8506 CNRS-SUPELEC-Univ. Paris Sud, in Gif-sur-Yvette as a senior DIGITEO Guest Scientist in 2013.

Professor Chen is a Fellow of the IEEE for the contribution to small and broadband antennas for wireless applications (2007). He is serving as Vice President and Distinguished Lecturer for IEEE Council on RFID. He served IEEE Trans Antennas and Propagation as an Associate Editor and IEEE Antennas and Propagation Society as a Distinguished Lecturer. (www.ece.nus.edu.sg/staff/bio/czn.html) 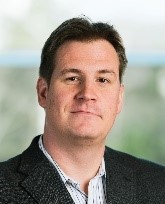 Abstract
The EPC Class 1 Gen2 (ISO 18000-63) passive UHF RFID protocol was originally developed in 2004 for fast identification of large numbers of items. However, during the last 14 years, companies and academics have been stretching its limits. This presentation looks at the different functionalities released during the years, including performance improvements, sensing, security, and many others.

Dr. Jukka Voutilainen is the CEO and co-founder of Voyantic, a Finland based company that provides RFID testing and measurement solutions for companies and academics that either develop or use RFID technology. He received his doctoral degree in 2005 from Helsinki University of Technology (now Aalto University). His research focused on developing a novel method for measuring moisture in building structures that is based on chipless RFID.

Dr. Voutilainen’s areas of expertise are electronics, embedded software development, and RFID technology. Currently he is an active member of the academic community, and a long-time program committee member and technical co-chair in IEEE RFID conferences. He also participates actively in standardization work within ISO, GS1, SAE, AIM, and RAIN RFID Alliance.